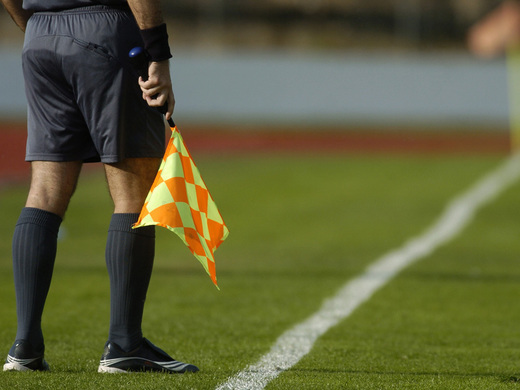 The format of the post-season is described in the Annex.

2.      Points will follow the 3-1-0 format. Ties in the standings will be broken by considering, in the following order:

4.     A league Cup is organized with all teams registered in the championship.  The cup is a single-match knockout competition.

5.     At least half+1 of active players mentioned in the match sheet must be nationals of the country they represent. Non-nationals are to be indicated with an asterisk on the website. Players having played at least 5 games in each of 2 previous seasons (not necessarily consecutive) for the same team can be considered as assimilated nationals. Teams failing to respect this rule will receive a warning and may forfeit the game.

6.     A player can only play for one team during a season.  However, a player can be transferred during Christmas break only if hehas played in no more than 3 games already in the regular season and the Cup, and with the agreement of both captains. Cards and suspensions follow the player.

7.     Only players that have played in at least 5 “regular season” or Cup games are eligible for participation during the post-season.  Participation to Cup game after the regular season cannot be taken into consideration.

8.     A team fielding an ineligible player will be severely punished (See Annex). Ineligible player means any player who for any of the reasons referred to in these Rules should not be participating in the match, such as suspension or not having played at least 5 games prior to the post-season or any other similar reason within the meaning of these Rules.

9.     The Laws of the Game published by the International association board at the beginning of each season shall apply unless otherwise provided in this document.

11.    A forfeit is registered as a 0-5 loss. A forfeit in the Cup or the playoffs/playouts results in elimination of the corresponding competition.

12.   Teams have unlimited substitutions during a game. A team can substitute players only when it is in possession and the ball is out of play. It is at the discretion of the referee not to allow a substitution if he feels that teams are substituting players too frequently.

13.   Teams take all measures to ensure the smooth running of the game.

Failure to comply with these rules (as judged by the referee in his report) will result in a fine (see Annex).

14.   A game can be postponed only with the consent of both team managers and only if a new time/venue has been secured and communicated to the Organising Committee at least 48 hours before the kick-off. The team requesting postponement is responsible for finding a new time/venue for the fixture and covering any costs that may arise. Should such rescheduling be unsuccessful by the end of the regular season (before last game of the regular season), neither team gains any points.

15.   Should the referee decide, on the spot, that a game cannot go ahead (e.g. due to the pitch conditions or weather), the Organising Committee will reschedule the game and cover the costs.

16.   In case of a game is interrupted by the referee due to “force majeure”, it will be resumed from the moment of the interruption on a new date, unless the teams involved agree otherwise.

17.   A qualified referee should be appointed for each game by the Organising Committee. The referee will draft a report with all relevantinformation (score, scorers, bookings, fair-play marks, linesmen performance and any other significant incidents) to be sent to the Organising Committee within 24 hours of the game. It is the responsibility of the captains to ensure that the referee has correct and accurate information for his report.

18.   A third team, as indicated on the fixture list, will provide 2 linesmen for each game.

A team failing to provide 2 appropriate linesmen will have 1 point deducted from their tally for each absent linesman. During the post-season and for Cup games, failure to provide 2 appropriate linesmen results in 2 points deducted for each absent linesman. In the absence of linesmen, the referee will decide on whether or not he wishes to ask the two teams to provide linesmen. A team having 5 points deducted on the basis of this rule will not be eligible to participate in the playoffs and in the playouts. Points deducted from March 1st onwards will be deducted from the next season. Linesmen arriving more than 15 minutes after the designated kick-off time are considered absent.

Failure to comply with this rule (as judged by the referee in his report) will result in a sanction (see Annex).

In case of poor effort reported three times in a referee’s report, the Organising Committee will deduct a point in the ranking from the team concerned.

19.   In the absence of a qualified referee, the team responsible for the linesmen will provide the referee and the Home Team will provide a linesman.  The “non qualified” referee will draft a report (see point 17).

20.  Suspensions and other sanctions are effective once communicated to team managers by email. Information on the website is complementary. Any omissions or errors on the website cannot justify using suspended players.

21.   Teams with a generalised, repetitive or collective demonstration of aggressive, violent, abusive or foul behaviour during a game will receive a ‘malicious behaviour’ sanction (see Annex).

22.  Suspensions for yellow card accumulation are specified in the Annex.

24.  Players receiving cumulative suspensions may have their suspension increased by the Organising Committee.

25.  The presence of suspended players at the field of play is at the referee's discretion.

26.  Suspensions will be carried over to the following season.

28.  Team managers will update the website within 24 hours of a fixture, indicating the players used (including substitutes not used), scorers and bookings. Statistics will be locked at the end of the day following each game. Any discrepancies between the statistics and the referee's report may result in a team forfeiting the game.

30.  Fines and other financial provisions will be announced in the weekly email and are payable by bank transfer only, within 1 week.

Failure to comply with this rule will result in an additional fine (see Annex).

31.   Requests to join the league will be examined by the Executive Committee on a case-by-case basis, and on the basis of an opinion from the Organising Committee (See Annex).

32.  The Organising Committee is made up of 5 members, who are not involved in the organisation of any teams, and will take its decisions and inform all managers by e-mail every week. They shall be appointed by the Executive Committee.

33.  The Organising Committee shall act by simple majority and decisions can be taken also by e-mail. Any team abusing the mailing list of the league to make inflammatory or offensive statements may receive a fine (see Annex).

34.  The Organising Committee enjoys wide discretion in interpreting these Rules and retains the right to take any measures it sees fit in order to deal with any given situation.

35. The Executive Commitee shall meet whenever necessary in order to examine any issues that may arise regarding the organisation and management of the League.

36.  The Executive Committee consists of 1 representative from each participating team and the 5 members of the Organising Committee, as indicated in the constitution of BXL Euroleague ASBL.  General Assembly is organised annually (see Annex).

Example: if 19 teams are eligible, 3 games (6 teams) will be necessary since the 3 winners will join the 13 already qualified.

The teams taking part in this preliminary round are the teams with the lowest ranking in the fair play challenge during the previous season or newcomers.

***: To be validated by the Executive committee

The Organising Committee reserves the right to add sanctions in case of obvious and proven cheating.

The Organising Committee reserves the right to add sanctions in case of obvious and proven violent abuse.

The General Assembly is convened by the General Secretary of the league.

Quorum rules are governed by the articles constituting the Non for Profit Association “BXL EUROLEAGUE”.